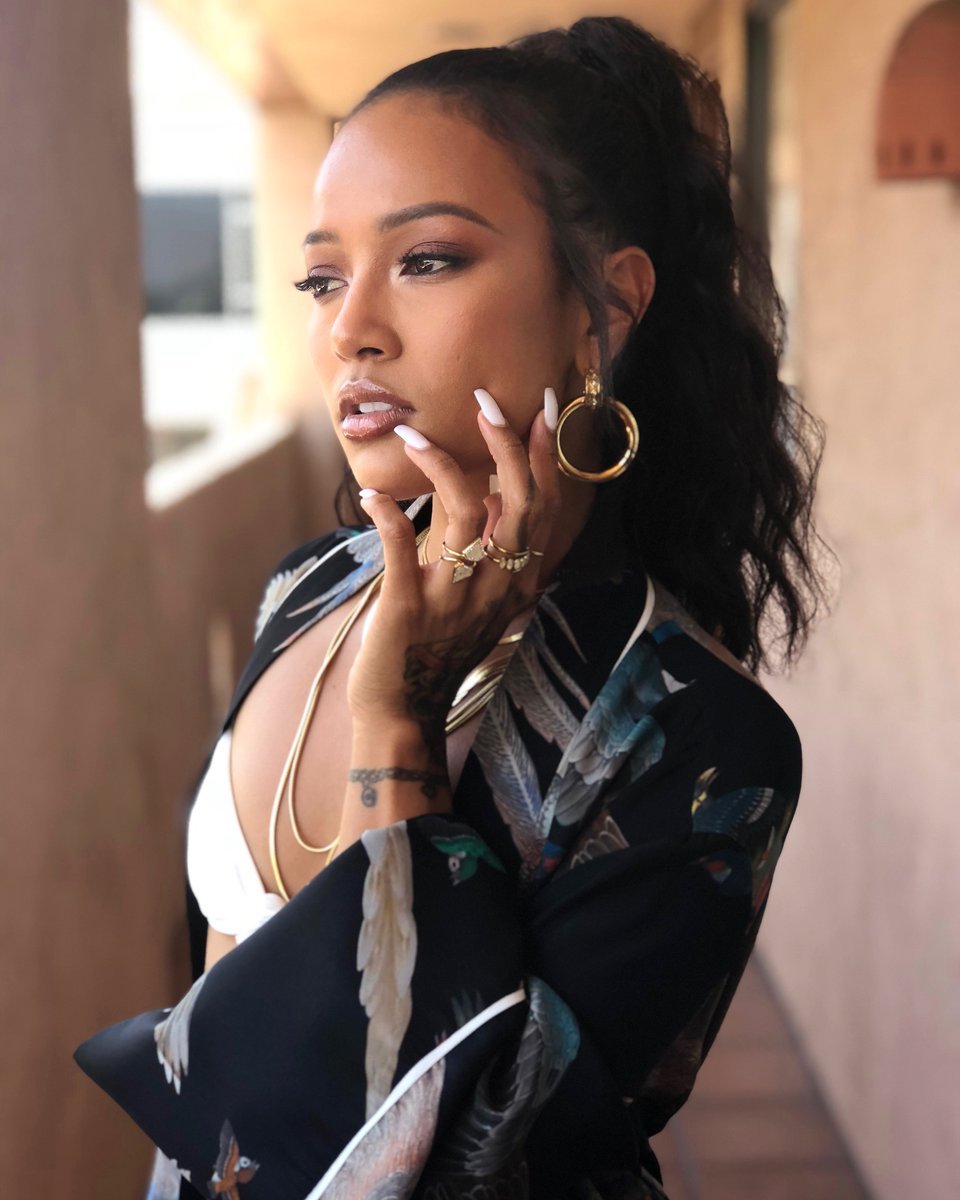 Xiomara is smaller than most of the All Night Society, standing only 5’1” with a slight build, but her presence is as bright and loud as her fashion sense. Whether Xixi carries herself with proud confidence or cocky arrogance is a subject of debate and her near constant smirk has ruffled more than a few feathers. Still, tere’s something electric in her eyes, something about the passionate conviction in her voice when she speaks… something that makes it easy to see how so many on her streets were drawn to Xiomara’s organization like a moths to a flame.

It’s not just a flame. It’s that predatory gaze that locks a mouse in front of a cobra, knowing that it should flee but still being held by the dread attention. It’s the way that deer freeze in the headlights of an oncoming car. It’s the pusher offering one more hit, on the house. It’s the smile that promises that it’ll hurt, but hurt so good that you won’t care. Bloodless Xiomara’s warmth in her voice, in her skin, in her eyes turns grey and lays her hunger and ambition bear for all to see. 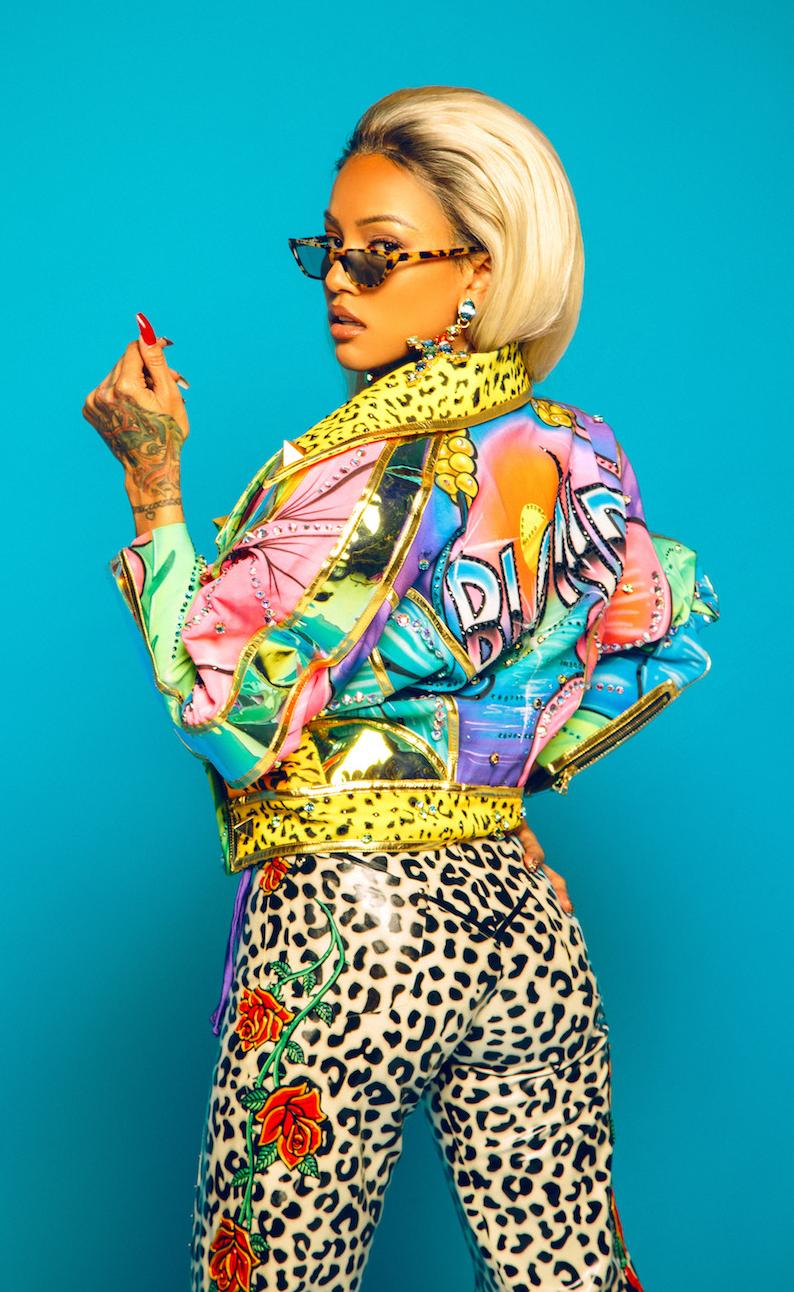 This will be a completed description of Xiomara’s personality and a basic overview of what it’s like to meet her. It will describe how she operates and how she moves and will touch on the general circles that Xiomara runs in. The basic gist is that Xiomara publicly is confident as if she’s spent her whole life being raised to be a queen. She’s comfortable in the city and in her own skin.

This will be a completed public background in the future. It will mention growing up in Little Havana and that her father was also a noted criminal and effectively handed over a large portion of his smuggling empire to her. It will talk about the small operation that she’s been forming of a loyal crew. Due to the nature of her crimes, it is capable of extending far with fewer people on the streets. It will note there isn’t really another criminal organization that runs the same sort of rackets quite as she does and that Xiomara has dotted her is and crossed her t’s by paying some tribute to the old blood. That’s just how one does it to be polite. It will end probably with a stinger like about her ambition.

Xiomara has a lot of ambition. This is where it should be noted that her crew isn’t just loyal, they’re almost worshipful and those who she’s helped are adoring. It hints that something might be brewing.

This should talk about the fact that there’s some umbrella company, Name LLC, being run by somebody which seems to serve as an umbrella for Xixi’s other enterprises. It may note how long some of these businesses have been running as the Shipping and Storage Solutions business has been around since the late 1970s and started by Anton De Los Santos. It will note the Home Solutions business began in the late 1990s. At this point, they may be a silent backer in the charity which started in the early 2000s but the player has to decide.

This talks about the business that offers home and business solutions with services such as cleaning, repair, furniture assembly, painting, electrical, plumbing and even smart home set up. Many of the undocumented immigrants that come over work for this company which offers an employment history to help them establish themselves.

This talks about the shipping company that started it all and it’s establishment in Miami. It ships out of PortMiami to various places and sends out trucks throughout the Florida area. It is a smuggling operation that specializes in getting people safely into America. Xiomara doesn’t deal in drugs.

This talks about the non-profit that Xiomara helps back which serves as an immigrant services focused community center. It helps teach English, job training skills, and legal representation for people who are trying to come to America. It also provides translation services for people who need it for health care. 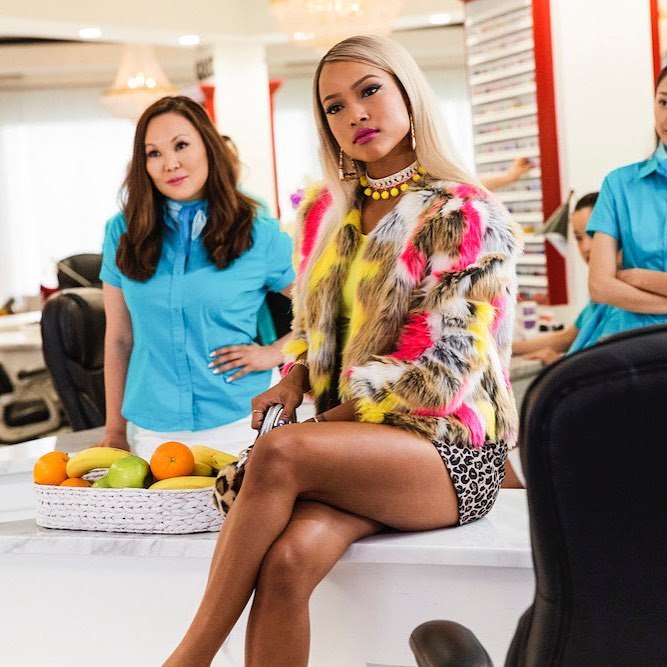 This hook will talk about Xiomara’s criminal enterprise as a part of Little Havana; namely focusing on their smuggling people into America and making sure the undocumented immigrants who arrive are safe. It should mention that Xiomara is pretty averse to smuggling drugs though she has been known to ship other things into the country as well. Anyone interested in smuggling or acquiring goods through the port or getting things out of the country might find help. Conversely, anyone wanting to stimie the use of immigrants for drugs? She’s your huckleberry.

This hook will talk about or remind that Xiomara is born and raised in the community and note a connection to the Cordova family. It will note that she frequently hires them for her Home Services company giving them their first job in America as well as serving as a protection force for those who can’t go to the police. It may mention that there might be trouble brewing due to other forces within Havana. Anyone interested in Little Havana might want to talk with her.

A Certain Kind of Art

This hook will talk about Xiomara’s criminal enterprise and their specialty in forgery; namely making fake identification and fake documentation for people at a price. She’s been known to produce deep fakes, falsified video and other things as she has her fingers in a lot of other digital crimes including blackmail and identity theft. It will finally linger that Xiomara does enjoy painting and digital art and is quietly frustrated she’s not more famous for that. People who need quality forgeries for documents or video, people removed or added from evidence, or who want to foster a stifled art career will be welcome.

This hook will talk about the community center that Xiomara funds and her close ties with the immigrant population of Miami. It will mention that she takes things that affect the city and community very personally and imply there’s some reason behind it. It will mention that she’s active in the immigrant rights community and frequently funds or helps any efforts that will help her people and takes crimes against them VERY personally. People who are concerned or involved with helping the impoversed community, Latino or otherwise, will find someone interested.

This hook will mention Xiomara’s eclectic religious sensibilties which seem to be informed by Santeria. She attends mass regularly though her beliefs are esoteric as she has made the city one of her chosen patron saints. It should note that many of her gang also share this religious view. People who are interested in esoteric aspects of Christianity or helping her develop her own spirtuality will find an interested ear.

This hook will mention that through Xiomara’s home services company she tends to have unseen eyes and ears all throughout Miami. It will note that most people don’t pay much attention to the help and this affords her the ability to get into a lot of places. People who need information might find an ally.

Xio from the Block

This hook will talk about Xiomara still effectively being a street girl trying to fit in with a bunch of regal kings and queens and how this is a process. It will suggest that she’s a pet project for Lombardo who had much the same struggle. It will hint at a willingness and frustration to learn this new etiquette. It will note that her skill with technology makes her an asset but also make the note of how she would fit in with the Carthian Movement. People who want to teach or people who want to try to convert might have sway.