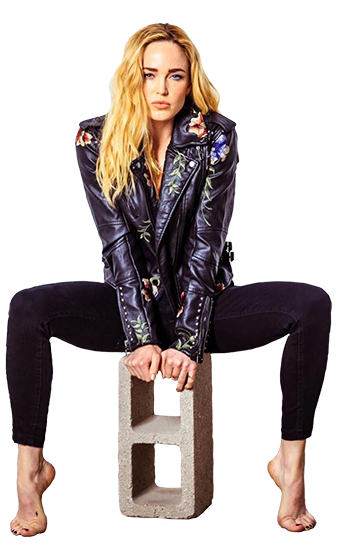 Once upon a time, the world knew Torr as a long-limbed, skinny kid, with hair that had never been styled, braces and freckles. Over the years she seemed to fill out, it almost seemed like a switch was flipped between seasons. The braces removed, the skin tanned, the hair suddenly seem to be full of body and sleek. Years of swimming had helped give her mild curves in the right places. The only thing that never changed was the eyes. Always a crystal blue of the seas. No one can seem to agree when Torrance went from gangly kid to an almost perfect example of a woman.

Torr’s horror is what people would automatically link to a sea siren from tales. Her skin turns a sort of shimmery green/blue with a pattern of scales. Long and razor-sharp fangs fill her mouth, and when her jaws open you can see rows behind like a shark. Her eyes are the same color as the sea on a calm clear day. Her fingers are all webbed fully, but tiny tips of hooked claws could slide out. Her hair grows darker and has a rainbow type sheen to it, which seems to cover all of her body as she moves. Her feet are longer and webbed like flippers.

Like OMG it must be amazing to be on TV! No.. You’re not seeing things, yes.. Torr grew up on a TLC reality show called Growing Up Wiccan, which was about her family, her mother is a wicca and the coven. All based in New Orleans.

Growing up infront of a TV camera crew isn’t exactly easy. All of your ackward moments are immortalized for the world to see. However, much like the actor in harry potter, Torr went from akward and gangly to drop dead gorgeous almost over night.

Thanks to the internet, anyone who wants to know things, does. Most people who are fans of the show know about Torr’s love of the water. She was on swim teams growing up, and even got into college based on her free style.

Start of the Show:

August 29th, 2005 Katrina ruined our city. Floodwalls and levees that had been built to protect them failed. Most of the city was overrun with water and had nothing. It was horrible, won’t bore you with the extreme details. But around 2007 things started to turn around for the coven’s homes. They finally got resettled and tourists came back at a trickle. In 2008 Torrance’s mother Lisa and her coven had an interesting meeting. You see TLC, you know the folks who run that toddlers & tiaras and all those reality shows? They wanted to do a reality show based on the coven..and their families. Called it Growing up Wicca.

So the show is now going into its twelfth season. Besides the Selles Family(Which is Lisa, Erik and Torrance) There are the Sheltons(Alethea, Jackson, and their son Armando) and also the Jones(Ian, Shannon and their twins Joey and Jenny). All of the kids are roughly the same age give or take a year or two. It followed Lisa and her coven running a magic shop in the French Quarter of New Orleans, near Bourbon Street called Ways of the Wicca. People go get their fortunes told, get charms and curses. Sign up for tours of the historical parts of the city, the whole deal. Often times it seemed like an outside hand was trying to force the children to date. The only one who wouldn’t bend on this was Torrance. Throughout the whole length of the show she was never seen showing any interest in boys or girls or dating in general. The only thing was her senior year, she went to prom with some friends, and none of it appeared on the TV show, it was just showing the getting ready and selecting the dress and when she came home. It seems that Torr’s ‘date’ had no interest in being on TV.

After graduation, something changed in Torrance. Most people say she had her good growth spirt, she lost the braces, her body filled out to a more womanly shape. Her hair was now lush and thick and slightly wavey at times. There was just something stunning about her. Which led to a lot of talks about doing a show of just her going off to college. She was accepted to the University of Miami, to study in their Marine Biology Program, as well as being scouted for their swim team. Torrance was against it, she didn’t want to have her college life invaded with more cameras, she wanted a chance to be normal. No one is really sure exactly what happened. But one of the head producers Moe was seriously trying to pressure the Selles family into this. He was 20 years sober and one night he died in a drunk driving accident. People still question what really happened and they have all kinds of theories about it.

Torrance did bend enough to let them film her being taken to college and saying by to her parents after settling into her dorm room. She still does weekly video calls to her parents which gets played on the show. She returned to the house for Mabon, (pronounced MAY-bun, MAY-bone, MAH-boon, or MAH-bawn) is also known as the Autumn Equinox, which was over September 21st to September 24th. While there Armando for some reason professed his undying love to Torrance, begging her to marry him. She just looked at him like he’d lost his mind and then did he best to say no.. through gritted teeth.

The Real Truth(Only known to Mortal + and Supernatural Groups):

Everyone thinks the group has no real power. But minus Erik, Torrance’s dad, every one of them is a mortal + of some kind with witch-like powers. Erik is a lost boy and does his best to keep everyone safe. Anyone who’s spent time in NOLA or lived there would know they help all of the supernatural communities if need be, and have ties to them. They even help via their show, cover-up breaches in front of mortals when they are able.