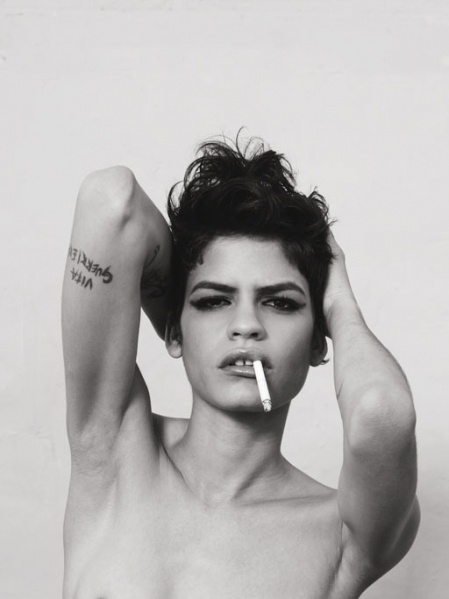 Most of the time, Teagan is tall — about six feet tall — with smooth black skin and short, shaggy-cut black hair. Their long black coat looks like it’s seen better days, and they wear beat up black boots and jeans along with a ragged shirt printed with the words they/them. Their eyes aren’t actually eyes, but their eyepits are laid in with mosaics of broken mirrors, which reflect back strange fragments of whatever they’re looking at.

Roiling heat, the scent of baking asphalt, and a distant crackling sound of milspec radios.

Meaner Than My Demons (Lost, Summer):

A Summer Courtier with a machete and a grudge, Teagan’s down to fight. Whoever, whatever.

Surprising no one more than themself, Teagan has become a solid rock for their motley; sure, they’re still a stray cat, but they always come home. Need to talk through some shit you went through? Teagan’s good at reflecting on what you’ve got to say. Literally.

Between A Rock And Why Bother (LGBTQ+):

Teagan is a an active member of the LGBTQ community: they’re both transgender and queer as the day is long.

Sovereign To Themself (Whoever):

I am not interested in any RP which ends with Teagan blood bound or otherwise having their actions dictated by others. That is not fun to me.

I’d rather say yes to RP than no. Let’s work something out that’s fun for both of us.