Closer Than You Thought: Under the dark moon, the prey cannot judge distance or threat. The Irraka can make use of the inherent uncertainty of the new moon. Once per chapter, the Irraka can become suddenly closer to a target.

Blissful: The prey has no idea that anyone is coming for him. He greets the cool night air with a smile, perhaps indulges in chemical or carnal pleasures, and never glances at the shadowy form inching its way closer to his exposed throat. 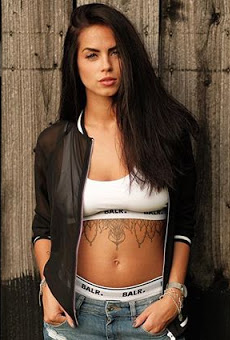 The girl appears to be in her early to mid-twenties, at most. 5’9”, with the long legs of a runner, her athletic body is built fit and lean, with well-toned muscle and strong looking muscles rippling beneath her olive skin. Her brunette hair is naturally straight, falling to shoulder length, framing her face from which bright, hazel eyes seem to drift between green, light brown and gold depending on the lighting. Sleeve tattoos decorate both arms from the backs of her hands to her shoulders, much of it made up of a tapestry of various Native American and tribal motifs mixed with heavy usage of wolf imagery. She usually dresses fairly simple, jeans, combat boots, and shirts of some sort, commonly something sleeveless and exposing her midriff, where more tribal style designs run across her tight, rippling abs. There’s something in the way she moves, though, the way that she presents herself when at ease that can put someone in mind of a stalking predator, wild and feral in a noble kind of way. 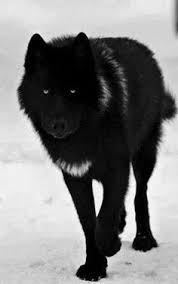 The Urhan form of Haze is a shadow torn from the night itself. The wolf is lean, powerful, her every movement as if she’s spring loaded for violence, muscles rippling beneath her thick pelt of black fur, splashed with silver and browns. Large and imposing, if anyone were to see her, there would be no mistaking her for a mere dog or anything else other than the wolf that she is, her amber eyes alight with wild and untamed intelligence, and it isn’t uncommon for her to allow those she may see as potential threat or prey the briefest glimpse of the razor sharp, glistening fangs, almost two and a half inches long in her maw.

It wouldn’t be out of the question for one of the first things that someone may notice about Tasha is her impressive physique. She takes pride in her fitness, not hiding it very often, and clearly plans to do more with it. If anyone were to ask, she’d gladly talk all about it!

Her pride and joy, a Kawasaki Ninja 650, is her primary means of transportation around the city, rain or shine. Metal flecked cherry red and black, it’s a beautiful machine and may catch the eye of any other bike lovers.