Pale, hairless, with a large cranium, black lidless eyes, and only slits for ears and nose. Long, dextrous fingers.

Plasma Shields down, Psycho Etheric Crystals nearly depleted. Running into an Insectoid or Reptilian patrol now would be a problem; Reticulans would be disastrous. But, if I calculated correctly, there is only one more transdimensional jump needed to get back home…and I always calculate correctly. They call this place ‘The Hedge’, an appropriate analogy for immense fields of hyperspacial eddies, cosmic ray spikes, antimatter whirlpools, and random patrols of hostile aliens. How long it took to build this small ship to navigate The Hedge is difficult to specify due to time dilation but gathering and assembling the parts, and doing so without it being noticed by the Androgynes, the Reticulan leader, or the guards on their massive vessel, was tricky. I…I should probably start from the beginning.

My name was Solomon Reed, and I am a genius. I built my first circuit board at 4, a robot at 9. I earned scholarships and prizes, earned my first PhD in Physics at 17 and my second, in Mechanical Engineering, at 19. Science and learning were my life, anything else was unimportant. I could have had a professorship at any one of a dozen universities, but I chose University of Miami because they offered the best deal - low instructional hours, large research grants, and plenty of opportunity to be left alone with my work.

Then I met Lynn. About 10 years my junior, she was a grad student in the Psychology department. Pseudoscience at best. She smiled and laughed when I said that. REALLY laughed, not politely or condescendingly, just a laugh that made me feel a way I’d never felt before. I knew it was just a chemical reaction, a biological urge, but that didn’t stop me from asking her out for coffee. She said yes.

Ten months later we were married in a simple civil ceremony, and six months after that, we found out Lynn was pregnant. When our daughter was born, I suggested we call her Lynnette, after her mother. Lynn quit school to take care of Lynnette, and me. I imagined that life was perfect.

Imaginings only last so long. Lynn…changed. She always seemed happy in her role as homemaker and mother, but there was always more to her. One day, the ‘more’ disappeared. Lynn became a perfect homemaker, the house was spotless and dinner was never late or burned. But her smile was gone.

No one besides me noticed anything unusual, or if they did, they never said anything. When I asked her, Lynn said nothing was wrong, I was imagining things. But I knew there was something…it was the only time she had ever accused me of TOO MUCH imagination. Carefully, surruptitiously, I collected samples - hair, nails, saliva…blood. I tested them all in every way I could think of, any oddities in chemistry, physical properties, genetics. Everything was perfectly normal. PERFECTLY normal. Every sample, right on the same normal level, unchanging. THAT was NOT normal.

My reseach went further afield as I attempted to figure out the cause. Nothing in known science could explain this. But…fringe science had a suggestion…she wasn’t human. A Simulacra, a biological machine build and programmed to duplicate Lynn. How could that be possible? No science known to man could do that. But since it had been done, that also answered the question of Who? If no one on Earth could have done it, then it had to be someone NOT of this Earth. Aliens. The final question was…Why? That I had no answer for, but it couldn’t be anything good. An alien duplicate of my wife was living in my home, in the the house with my daughter. I made my decision.

We kept a 9mm in the house, for protection. I took it from its locked box and inserted the clip. I’d never used it before, never even thought about using it, but IT was in the kitchen with my daughter. I walked in.

Oh god, what if I was WRONG? No, I wasn’t. IT turned towards me and I fired. I kept shooting until it stopped moving.

Lynette was terrified of course, and the sight of the body liquifying into a pool of green goo that smelled like dish detergent didn’t help. But it did help me convince her that that hadn’t been her mother. Others, of course, would be more skeptical. I came up with a reasonable explanation for the gunshots and Lynn’s absence. It wasn’t perfect, but it would only have to cover until I found a way to bring her back.

That, as it turned out, was a bit more difficult that I expected. But, if I could find and get onto the alien ship, then I could…well, I’d figure that out then. One step at a time. With a bit of research, I devised a combination of quantum mechanics, string theory and psychic vibrational cymotes that I believed would allow me to piggyback on an alien transporter signal if I was close enough. Stories of strange lights out in the swamp allowed me to calculate the most probable time and location for a reappearance. I built the ‘key’ and took it out to the swamp.

I waited until the time I had predicted for the lights to reappear. Yes! There they were! I switched on the Key and was somewhat gratified by the appearance of a pool of blue light. A rapidly growing heterodyne whine from the Key warned me that I only had a few moments before -

The Key overloaded and detonated with stunning force, bludgeoning me into unconscious as it knocked me through the portal.

Sense and memory thereafter is hazy and fragmentary. The conscious human mind did not evolve to process this kind of experience.

Three faces, gray skinned and devoid of features except for the large black eyes, peering down at me.

Physical and mental agony as I was experimented on and altered into something…different.

Some periods are clearer than others. I was a worker on the Androgynes’ moon sized ship, tasked to build and repair enormous, incomprehensible devices that functioned outside the laws of known science. But two core memories were still clear - Find Lynn and Escape.

Untold distances from Earth,escape via teleporter seemed unlikely. I needed a ship. I could build one, calculate the hyperspacial trajectory to earth, and escape. Finding Lynn would be trickier. The Androgynes had multitudes on their gigantic vessel, in hundreds of miles of corridors and chambers.

I collected the pieces I would need and made the neccessary modifications to the big ship as I did my normal work. When everything was ready, I set things in motion. Using the backdoor I had installed in the information systems, I searched through the data. No, this wasn’t possible! Lynn was not amongst the thousands the Androgynes had abducted as workers, drones and experimental subjects. But, there were references to other powerful dimensional beings who also abducted people for their own purposes. If she wasn’t here, then one of the others had her. I would find out who.

The alarms alerted me that my activites had been detected. I’d expected and prepared for that, but I needed this information. I quickly compressed and downloaded as much of their data as I could, deleting everything in its wake. That was the first little screw you to the Androgynes. Then the feedback loop I’d built into the psycho-etheric generators reached criticality. Power all over the vast ship went wild, plunging sections into darkness while in other areas, overloads released brilliant showers of sparks or eruptions of plasma. They would fix it all quickly, but it would cause enough temporary confusion to allow me to launch my own small ship.

Reticular patrols caught up with me near the first jump point. My ship wasn’t made for a prolonged battle, but it was far from unarmed. I dropped a pair of psychotronic mines. After a brief exchange, I jumped out, into the Hedge.

It’s now…and I am making the final jump to earth space.

Altitude and collision sensors are going crazy, I jumped in way too close. Going in, and going in hard, unless I can find a place to - there. A small clearing and water.

I’ve survived the crash, but the ship is wrecked. It’s going to take some time to repair. I’m still on the other side of the dimensional barrier, but I’m back home. I’ll make camp here before venturing out.

Yes, Doc Reed is a little Grey alien. You got a problem with that?

If you need something scienced, look no further. The weirder the better, but please don’t ask for anything as ridiculous as magic.

If this is the real Solomon Reed, who’s that teaching at the University of Miami? 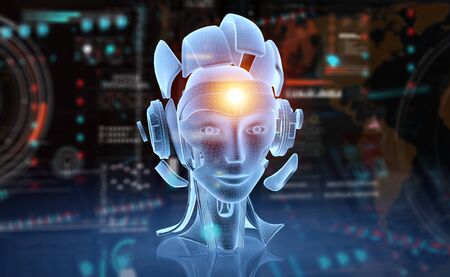 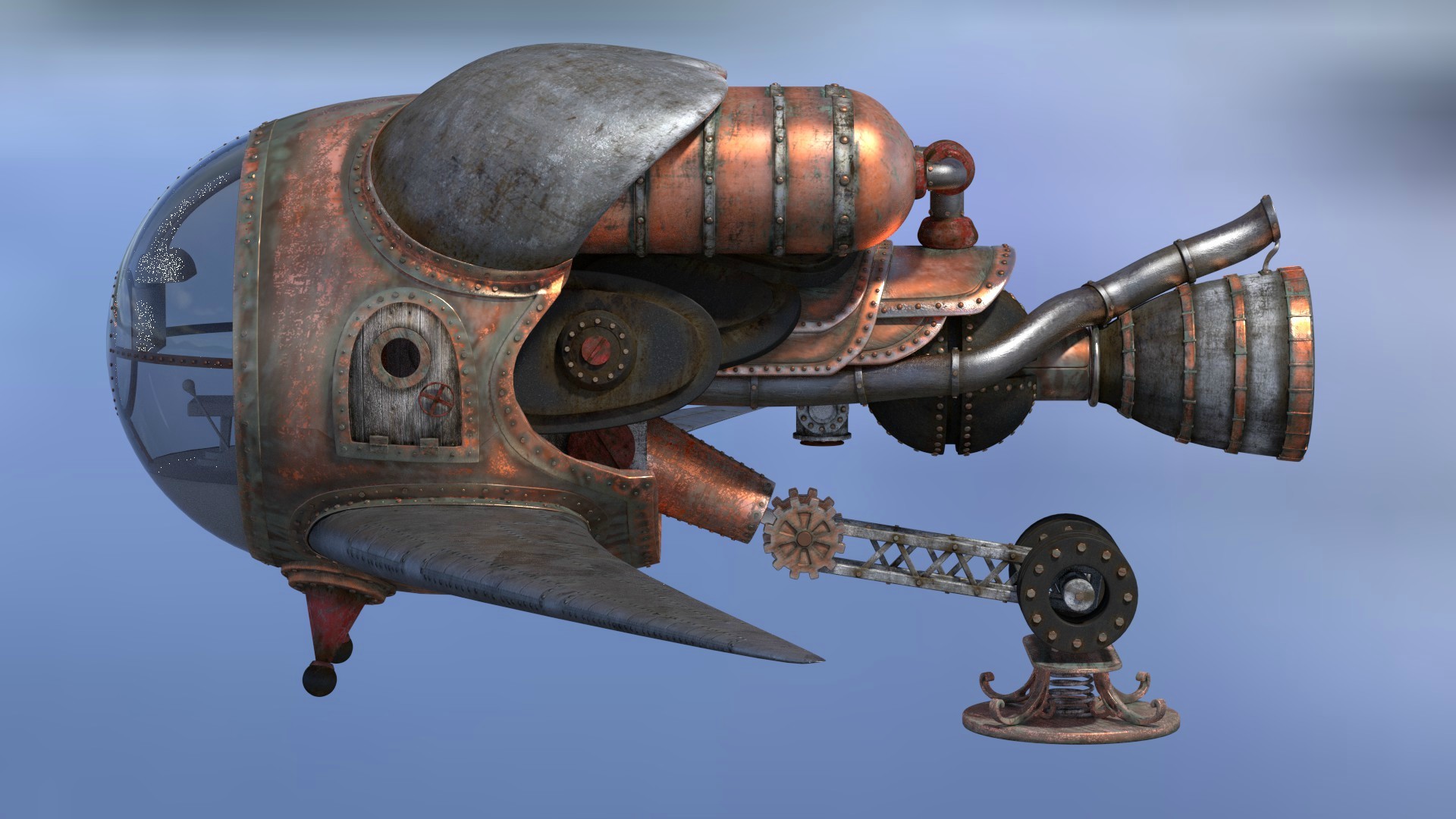