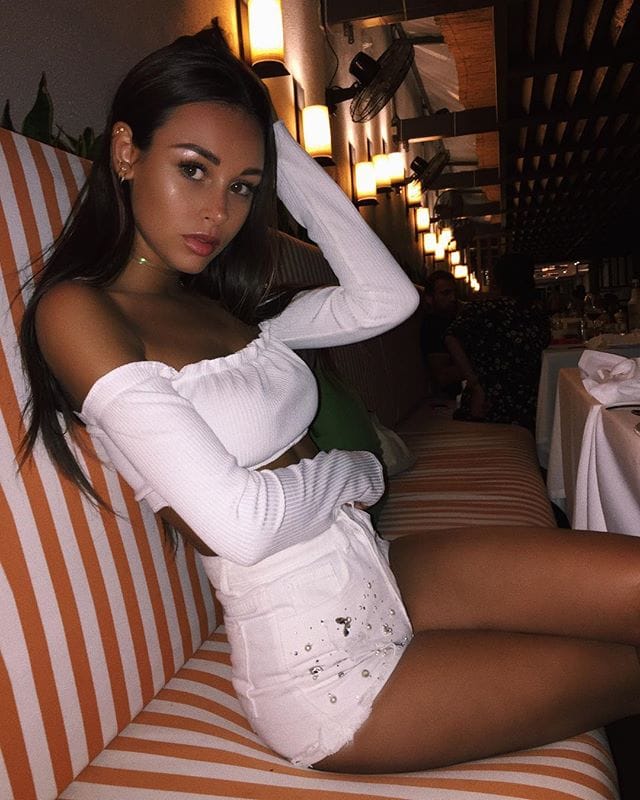 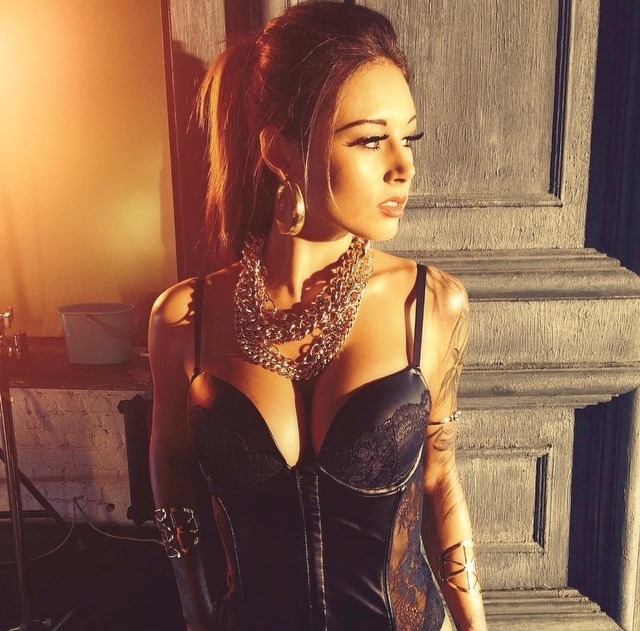 A beautiful young woman despite her short height she cannot help but stand out in a room standing five feet three inches and weighing a hundred and ten pounds. She tends to wear more relaxed clothes, Jeans,cutoffs, sneakers, tee shirts ,and tank tops. Her brown eyes vibrant and expressive. While she wears her brown hair long usually loosely, a highly athletic individual she is well toned and just seems to genuinely enjoy life. As a DJ her clothing style gets more exotic and flamboyant or subdued black but always fancy once she’s putting on the actual show while she’s setting up she’s found in her usual attire. She seems to have a goofy personality and will often go out of her way to chat with people that she meets just to see how their day is going. Those that stick around and get to know her better will quickly learn that she is multilingual speaking Spanish and Russian as fluently as English. She will often wear clothes that show off a rose half sleeve tattoo on her left arm and an angel on her right extremely pleased with them above her others. That all said she is also a party hound off the clock and will drink with her friends well into the next morning if she’s allowed. She wont drive during those times thankfully Those listening closely will pick up her L.A. accent which despite the number of years she’s been in Miami she just can’t seem to lose. 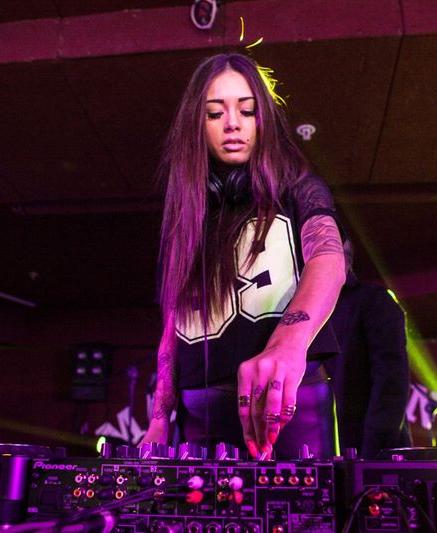 For the most part Maria is fairly open with her history she was born and raised in L.A. an interracial baby with a much older father and a really talented mother who encouraged her to get into music making sure that she learned to play many instruments as well as sing. She was home schooled most of her life just because of circumstances but was always a pretty avid people person as her mother would say. It wasn’t until she was ten that she came to live in Miami with her uncle. When asked why she would always mutter something about hating cops and change the subject.

It is known that since moving to Miami that she has thrived her talent undeniable to the point that her music was popular in the local circuits but knowing she needed education she went to the University of Miami where she is majoring in Music Arts and Sciences and minoring in Computer Programming. She’s since become a regular fixture on the club scene as a DJ playing to the crowd. While she does her own music on YouTube. Much to her Uncle’s Chagrin it is known that she has a thing for Parties and Her Motorcycle and she will also take advantage of the weather and bicycle or skateboard the quintessential unable to sit still personality. 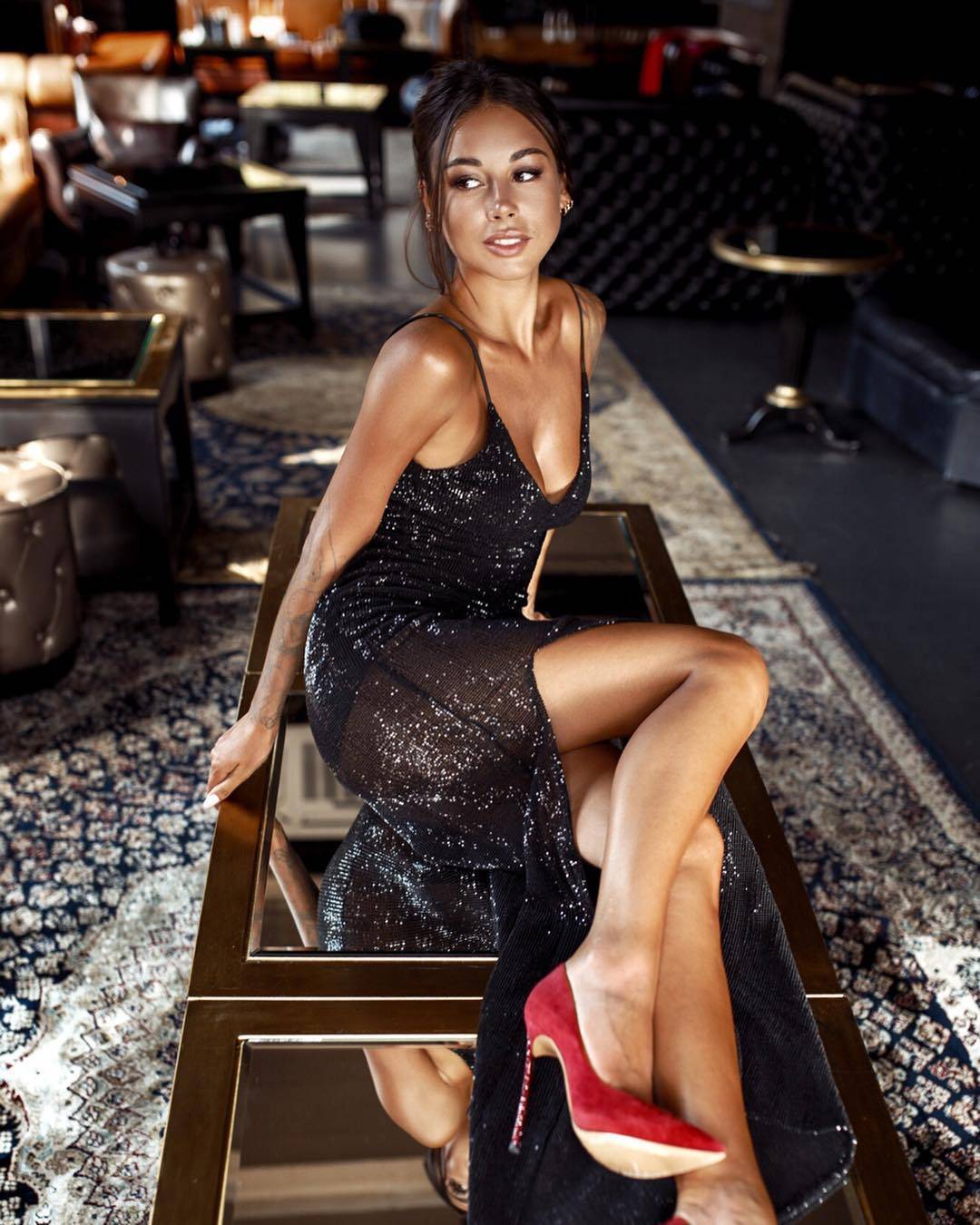 Since meeting some of the people she has. Maria has slowly been coming out of her reticent to talk about her past behavior and become more open with a select few. It’s still a slow process for her but as she meets more and more of Miami’s night life the more she is starting to let go of her past completely. Those getting to know her better are also discovering the girl has hidden depths that are only now starting to be seen by themselves. She has steadily been growing her YouTube Channel one person at a time. She’s still trying to figure out two of the people she’s recently met the two of them burning in her head more often than not. Not realising that both of them are predators in their own right. Not the only people she has met to be sure; in fact she has genuinely enjoyed meeting every single one of the other denizens of Miami that she’s been introduced to. She has since been ghouled by Valencia bringing her into a world where she’s now striving to stay on top of things. She’s enjoying it though ,well most parts discovering that the undead are real and that a majority of her friends and partner were part of that society has been somewhat of a culture shock. Though one thing is certain she at least no longer feels as if she’s being kept out of the loop of matters. As for her Regnant, she is learning that many of things she didn’t know are real but first she has to distinguish herself among those that have lost the propensity for true creation. The easiest way she’s found is just remain herself the novelty of who she is seeming to be enough. 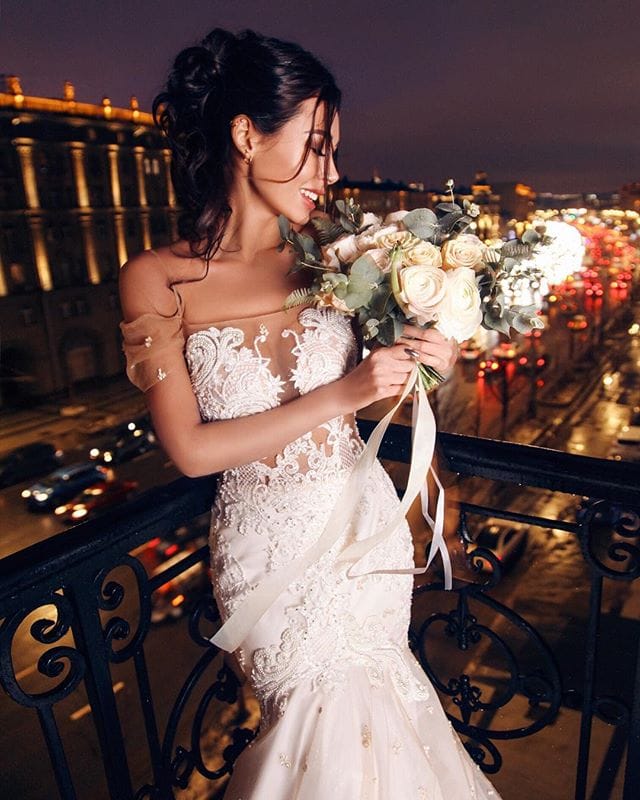 For awhile Maria was out on the road visiting various clubs throughout the nation, putting on shows in some and taking ideas from others all of it has allowed her to turn her own Nightclub into the number one clubbing destination in Miami. Since her return she has been slowly reintroducing herself to various kindred and another ghoul. She has experienced a few hauntings in the past week and is starting to wonder if there’s some sort of ephemeral leak causing it True she’s no occultist but she has spent a lifetime watching about hauntings and the like Either way she intends to find the reason behind it all at the very least and report it back to her Regnant and their Coterie. Regardless her first order of business is to garner proper security and staff for her club and then petition for it to be recognized as an Elysium. The Ghouls ambition to be recognized driving her forward more and more. She’s become stronger willed and has started to move forward in her growth but thankfully for her is still beyond loyal to her Regnant and through her to the Coterie she is part of. She has also immersed herself in a study of kindred politics giving herself a chance to be able to swim with the sharks and not get eaten. It seemed to have worked well enough Maria earning enough favour in her now Sires eyes to be worthy of the embrace. 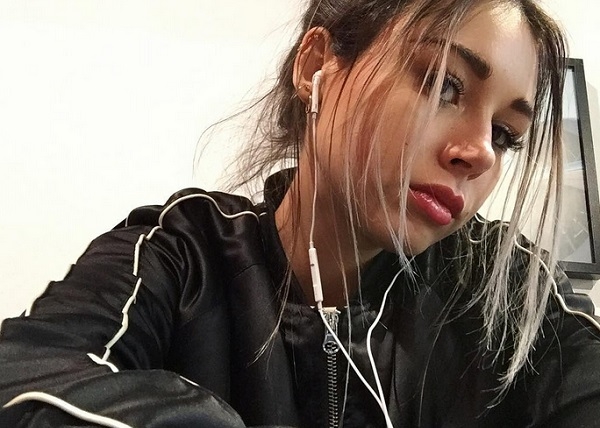 Now that she herself is a vampire only time will tell what will become of all of her ambitions. Will she rise up in esteem and become a respected member of the all night society? Will she join a Covenant and become a member in standing? Or will she wind up as an Autarkis marching to her own beat? 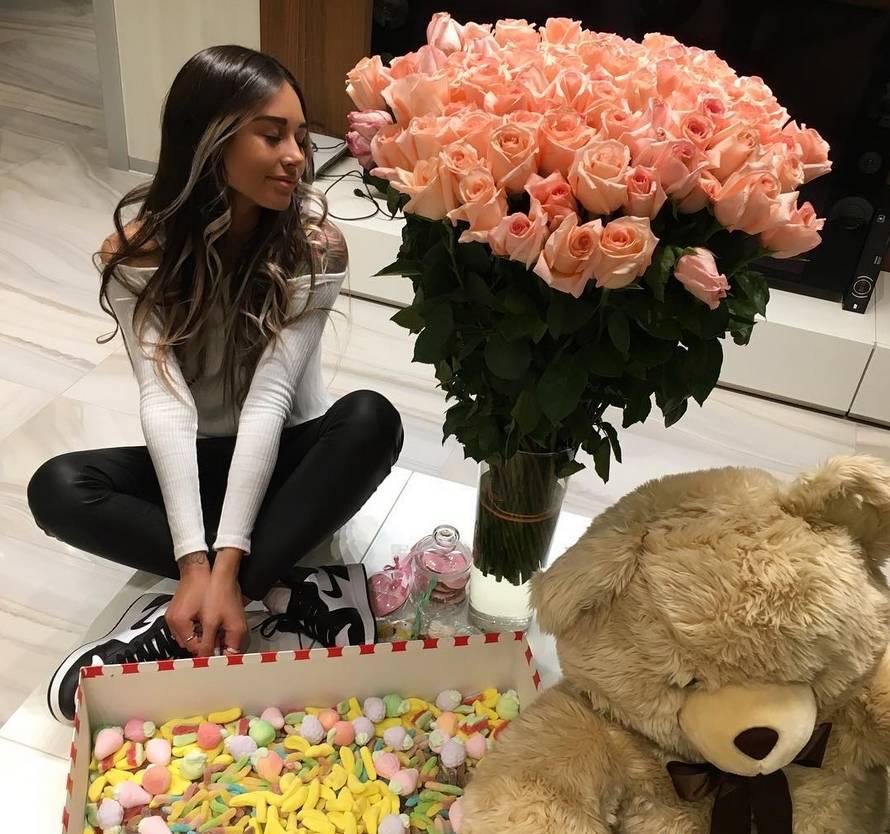 Maria is a well known DJ and sets up and plays at various clubs simply she loves music saving back the money she makes to spend on friends or edit her YouTube videos. Odds are if you’ve been into any Club lining the beach that you’ve seen or heard her once or twice.

Maria in short has a bit of a problem when it comes to booze. While she’s not addicted she does tend to binge on the occasions when there’s ready access to liquor in a private setting. Thankfully she’s one of the fun drunks and doesn’t cause trouble. 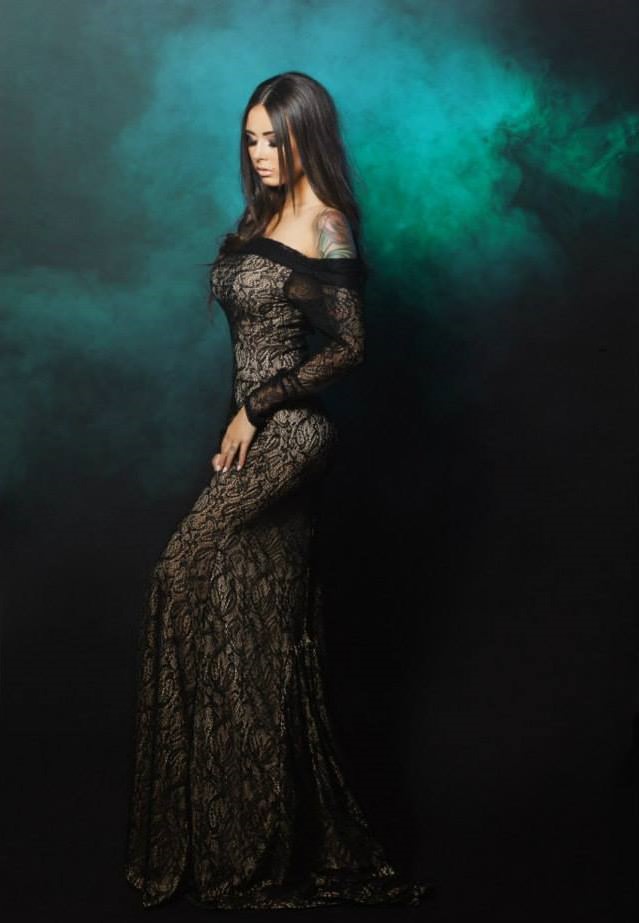 Maria can be found most often actively biking or skateboarding most days. Though she will just cruise her Lightning Motorcycle on the weekends .As a result she can often be found in such circles when she’s not in class or doing the DJ or party scene.

Most Recently Maria had the Succubus Club Built and Opened in the Coconut Grove area of Miami. The Newest Nightclub in the City it has since become the Premier Club in the city. Three Floors with Different themes the decor lightning and sound proofing enabling the club to have a variety of music going for the various patrons of the City to Enjoy Out on the main floor Maria still puts on an unforgettable show once a week while giving guest DJs and Musical Groups a chance to perform live in front of the teeming masses. Those who are denizens of the night Are also welcomed into the clubs VIP lounge that is built to overlook the clubs three sections through two way mirrored windows and movable wall panels to keep privacy for those who enter depending on the whim over the guests at the time. 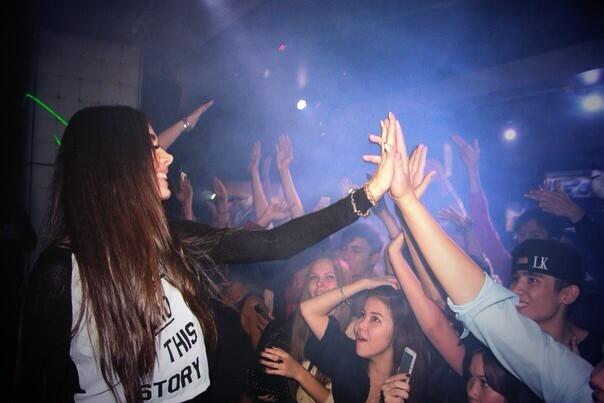 Can you feel that? The pulse of the music? The heat of the lighting? The crowd before you? This is what makes it all worth it.Blaze your path right into their memory, their being, their soul, catch them hold them in your hand. For that moment you’ve filled them with your passion, ignited their own and lit the night up like a star. That’s life, Raw Passion, as consuming as flame, as fleeting as an evanescent vapour and it’s beautiful. ~Quest~