Quiet and tall, Knox tends towards simple clothes and a clean cut appearance. 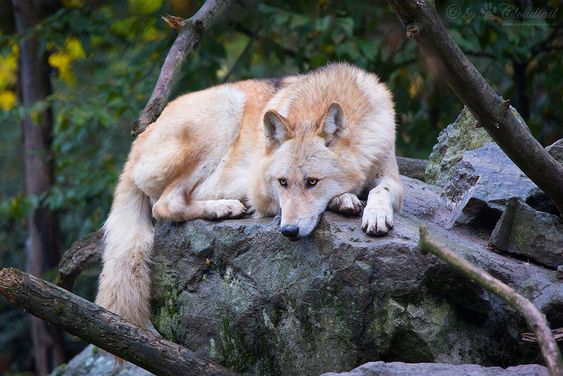 The oldest of five children, he helped his father gather wood in the summer, his motherďż˝s little apothecary was helped out greatly from his knowledge of the woods, and where different things grewďż˝ They had a little schoolhouse, that was little more than the shack next doorďż˝s enclosed porch where they would learn their letters, some numbers, and eventually such complicated things as simple arithmetic.

To the Place, Where I Belongďż˝

But, as the years went by, the winters became more difficult, and it cost his family dearly. His father, who cared for a patch of land, and supplied the small town with tobacco and chopped wood, lost three toes and a hand to frost bite after a freak accident when chopping a tree down left him pinned under it. That same winter, his two youngest sisters died of pneumonia, and his mother was lost to the bottle, in her grief. Knox, ever the dutiful son, did what he could to alleviate the issues that his family started to have.

That… was also when the stress started to become too much. The pressure started to build, until he started to realize that he hadďż˝ abilities. A man came to them with a case of jaundice bad enough that they were worried he wouldnďż˝t make it the week, and after trying everything and anything from his motherďż˝s journals, he laid hands upon the man, and took the sickness onto himself. He made the man promise to not speak of it, as he wanted not to be branded a witch, or a devil-worshiper in the small town.

The Healer of Havana

And so, eventually it came to pass that sickness found its roots in Miami, and the most vulnerable, the poorest were hit hard with it. Through discussions, through deals, medicines were found, but the implementation of such things was a cumbersome and clunky issue that didnďż˝t help those that needed it the most.

So Knox took a stand. He went among the sick, the tired, the dying, and he used the gifts he had at his disposal, healing more than most would think possible, each touch, each prayer drawing the sickness into himself, slowly but surely pulling him closer and closer to death. Soon, the entire building was cleansed, but Knox wound up in a Prince Foundation facilityďż˝

As issues grew in Miami, changes began to overtake Knox. Folks started to notice that he was snapping more easily, that he was more irritable… that he was hearing voices. Some suggested it was just stress, but one pointed out that there was a good chance that he was on the verge of his First Change.

Wanting to make sure that he didn’t harm his wife, or those that he cared for, he went home for a week, back to his father’s hunting camp in West Virginia, to commune with the wilds once again. What he found there though, would leave him forever changed.

It seems the coal company that had bought the mineral rights to the land was up to no good. They were wheeling and dealing with the Pure, and were trying to raise… something. People were dead, and Knox was targeted for simply being there. It didn’t work out well for them though. The first change took him, and he ended the ritual in the most violent way he could…

Blood on the Dance Floor

Eventually, there came a time when Knox felt the urge to look into an issue. It seemed that there were spirits involved in a murder at a night club. Wanting to lend a hand, as that was his nature, and dealing with spirits, which apparently also was his nature now, he joined the group going to investigate. Subterfuge was never his strongest point, but there were others there who were able to get them in. Once inside, it was easy for Knox to discern what had happened, tapping into spiritual nature of the location, he saw exactly how it started, and who started it.

Before he could try to discern how to deal with these folks, it came to be that they were attacked by the very man who was selling the drug that started the issue of this specific murder. Joined by something that he truly hoped was a Ridden, and not something else. Not one for fighting, Knox had to think creatively. Calling upon influences from the spirit realm, he fashioned a mutable spire of ice to strike down the beast that nearly killed him in one blow.

When things came to a head, it was his pack that came forward to deal with the powers that be, in regards to the JOLT issue in the city. Throwing around money and drawing a crowd, The Flat Earth Society was forced into a show down with the creators of the drug. The first round of the fight was ended when the Pure retreated, stealing away Knox’s wife, Vivi.

Round two found the pack fighting against the leader of their pack, while surrounded by Rage spirits. When it all was over, there were none of the Pure left, and the ship was sunk.

Knox has been more recently known to have married into the Fairchild family, and is more than happy to talk about the love of his life.

As of late, the usually peaceful Uratha has been found to have great control over Elemental Influences, and has shown that he can use them to deadly efficacy.

He owns a shop. If you need some strange herb for your concoction, he might be able to get it for you.

He knows what hard times are like, and is more than happy to help those who need it.

Knox founded the College of Healers, as a way to try to preserve the knowledge of his forebears, and to further the study of medicine, in a time where it’s so needed.