The first thing most people notice about Kelsey Rae is her smile: as bright as the rising sun in the morning and just as warm. She’s a wee thing, barely over five feet tall and small boned, but Kelsey Rae is no waif: her slender form is built with a surprising amount of curves. Her skin tans easily to a coffee-and-cream complexion that never seems to burn. While Kay-Ray’s hair is naturally brown, she’s worn it blonde ever since she was a little girl, flowing effortless and free down her shoulders to her back.

Whether Kelsey Rae maintains her strong Floribama accent to put people at ease or to lure people into overconfidence is anyone’s guess. She certainly doesn’t dress, sound, or look like anything more than another hick from the sticks that made her way to in the big city… unless one takes the time to notice the little things. A little too cunning, and a little too alert and far, far too clever. The only secret Kelsey Rae keeps worse than her natural intelligence is her ambition. She’s a tiny spark-plug of concentrated energy with the intensity of a thunderstorm burning behind her big, brown soulful eyes.

Kelsey Rae’s style of dress is as casual and breezy as the Elodoth herself as the primary concern appeared to be comfort and ease of movement. Kelsey Rae’s clothes expose her mid-drift often enough that one might imagine her a personal stockholder in the baby-t industry. Beyond that, she favors colorful jean shorts, comfortable joggers, and many a pair of brightly colored tennis shoes. Kelsey Rae’s business clothing, by contrast, was noteworthy in its drabness; grey and black women’s suits almost assuredly purchased from T J Maxx. 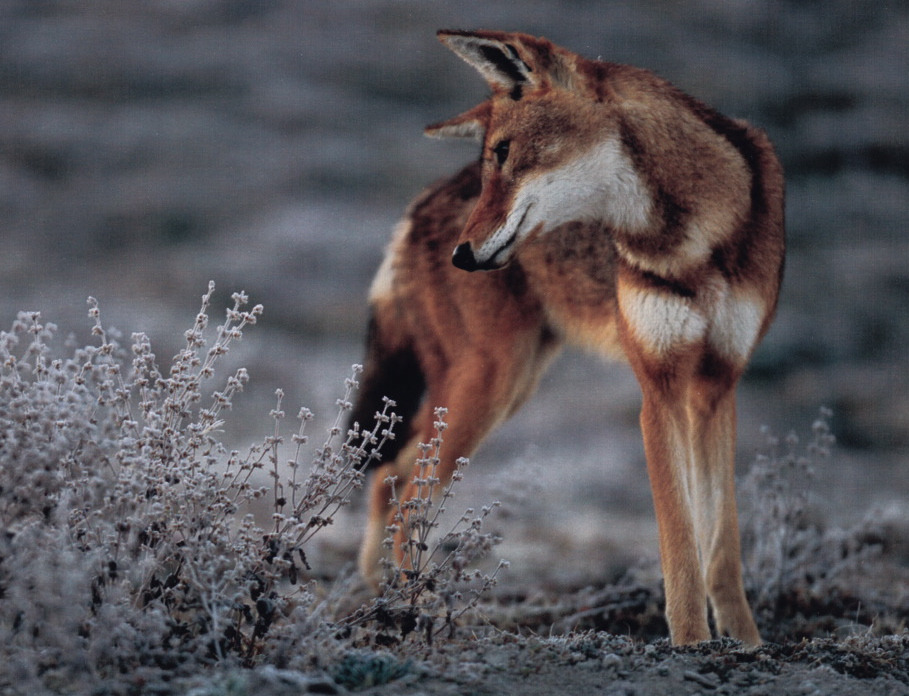 Kelsey Rae has wondered many a time why her Urhan form is so strange in comparison to many other wolves - one might easily mistake the long-limbed, slender wolf to be an odd sort of fox. Why a girl who’s never left Florida in her life appears as a wolf known only to Ethiopia is a mystery yet to be unraveled.

As a wolf, Kelsey Rae maintains the same narrow face and alert brown eyes though they take a more golden hue. Sleek and compact, her form is clearly meant for nimble movement and slinking care rather than power in contrast to many others with short red-brown fur and a tell-tail bit of white fur that her pack insists on describing as a “bow-tie” to Kelsey Rae’s chagrin. Some have even suggested that they could hear a hint of Kelsey Rae’s Floribama twang in her howl…

The Lady Boss of the Runaways could be called the soul of the group; her vision for what could be in the world helps drive and shape much of their activities. While by far the least physically imposing member of the pack Kelsey Rae manages to make her voice heard through conviction alone.

Kelsey Rae was the first to insist that Bruce and Pete become a pack upon realizing they’d all undergone the first change. She was the one to suggest Miami as a landing spot after the young cubs no longer were able to remain in their Pensacola home. She insisted upon Samantha and the Steves joining when the Pensa-teens encountered the other werewolves. She chased down Will into their group with relentless intensity.

There’s little question she’s a natural alpha; her ambition for the group and the ease to convince others of a course of action settles that. The only question is how long it will take for Kelsey Rae to finally believe that truth.

Every community had that one kid: the one other parents would point towards while giving an exasperated sigh to their own children - why can’t you be like them? To the little town north of Pensacola where the founding Runaways grew up, that child was Kelsey Rae. It wasn’t enough to have good grades, Kelsey Rae had to make the honor’s list every year. She was the junior troop leader for girl scouts. The obvious choice for class president all throughout elementary school. She was the one who proved that Vice Principal Morely DID have it out for Timmy Edwards and got him fired for misconduct. She was Little Miss Pensacola Sweetheart back to back - a never before done feat! She was special and meant for big things. Everyone told her so.

Maybe other children would have felt the privilege but Kelsey Rae only felt the responsibility. Do better. Work harder. Be the hero that other people need you to be because someone has to be. She pushed the standards for herself higher, worked harder, and lived up to her own legend.

After her best friend, Nellie, was Claimed by a spirit and killed none of her other accomplishments seemed to matter in the face of that one failure. Who was she as a hero if she’d allowed that to happen? It didn’t matter that Kelsey Rae was just another girl, just another person. She dug in her heels and buried herself in learning about the occult to avenge a wrong she barely understood. Forgiveness was only earned after Kelsey Rae’s First Change brought her face to face with the ghost of Nellie and the tools she needed to make wrong, right. It was her job. Her duty. She was special and meant for big things. Everyone told her so. She found the Bone Shadows, pushed the standards for herself higher, worked harder, and lived up to her own legend. 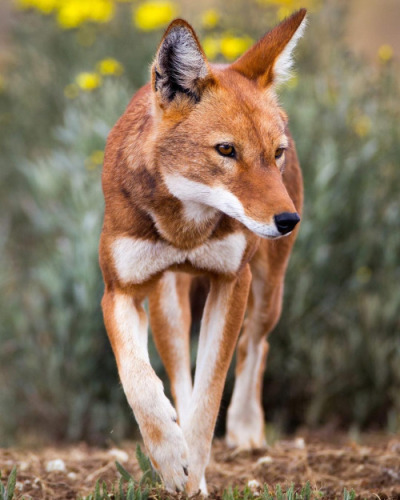 Winning a scholarship to the University of Miami and double majoring in Criminology and Sociology meant nothing. Getting her license as a private detective and starting a business with the money her father saved for her wedding tasted like ashes in the wake of the failure that drove the Runaways from Pensacola and left the young Elodoth filled with questions and doubt.

The people deserved a hero, needed a hero - one better than her with her failures. Someone who deserved the responsibility. Earned the privilege of that legend. Someone had to be that person. But for the first time, Kelsey Rae was not sure who it was.

KC Investigations is a small business run out of a one-room office in a strip mall, providing just barely enough business to make rent though its reputation is growing fast though her successes and through the niche services she provides: not many people go for a private investigator who lists occult emergencies as one of their areas of expertise, but, just enough do…

Kelsey Rae has already made the rounds in trying to establish her name and get to know the community there. More information will be added when it is available by the staff.

To Whom It May Concern

Tilting at Windmills (Anyone)

Kelsey Rae has never met a cause that helped the people or a call for justice that she didn’t leap at answering and her idealism gets the better of her good sense often. Her strong sense of right and wrong and her personal integrity often push and pull her into situations. If you’re looking for someone to support a cause… or you’re looking for a bleeding heart of a mark? You might find a good ear here.

I Spy a Private Eye (Anyone)

Though her reputation as a licensed private investigator has grown rapidly since establishing herself in the city, many are surprised when they find an eighteen year old girl is the one casting such a long shadow. Still, results are results and when one is looking for a private investigator willing to look into more “occult” matters you would be hard pressed to do better.

Ethiopian wolves are an endangered species, now uncommon in their seven isolated enclaves in the highlands of the country they’re named for. Why, then, did a girl from the panhandle of Florida end up with one as her form when she takes Urhan? Kelsey Rae is beginning to ask questions and has a need of people who know animals and/or those who can trance lineages to help her figure out why.

Kelsey and Rae (Knowledgable in Spirit)

For a young werewolf, Kelsey Rae knows a great deal about spirits. She speaks First Tongue with a fluid, poetic grace and natural comfort. She’s open about her desire to be known as a spirit diplomat and is driven in her ambitions, even by Bone Shadow standards… But whyr? Some have glimpsed another Kelsey Rae, brown hair and black eyed, standing in the Shadow. What is that creature and what connection does it have to the Elodoth? What designs does it have for Kelsey Rae?

Though not very physical in most ways and almost comically lacking in strength, Kelsey Rae is sturdy and well coordinated. She loves dancing, athletic ventures and can run forever. If you’re looking for a dance partner or someone to train, Kelsey Rae could be a perfect partner.

Loves her Coffee (Anyone)

Kelsey Rae is a connoisseur of the stuff and has very, very strong thoughts about different beans and blends of which she will explain at great length if you are foolish enough to broach the subject. She even has her own special blend…[[test

“What the lion cannot manage to do, the fox can.”