The Baron of Dusk 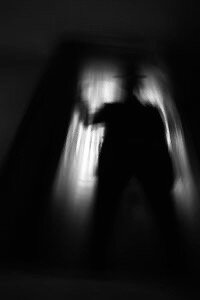 Silanu began its existence some twenty years ago, a mote of essence brought into being by the falling of darkness upon the Miami night. In the chaos of the nights to come, the essence coalesced into a least spirit, a hunting beast in the dark that fed on darkness. As it grew, it left the dark swamps of Miami, where the lights of the city could not pierce the gloom, as a matter of necessity—older and stronger spirits of night lurked in the woods and bogs.

Coming to Miami, the little night spirit saw that Night was more than sunless dark—it was the change of rhythms, the alteration of perception, and the emotions of human beings that ebbed and flowed with night and day. In a city as brightly lit as Miami, darkness was harder to come by, and Silanu learned to feed on nighttime feelings. Silanu fed on the fears of children left in the dark. On the highways, it learned to feed on the agony of people who fell asleep at the wheel and earned themselves a car crash. Silanu devoured the essence of club-goers forgetting their day-time responsibilities in favor of a night of revelry. As Silanu strengthened itself on these rarified essences, its purview and portfolio of influence shifted from night qua darkness to the liminal area between night and day, and the illusions and perceptions that changed as the night became ascendant with the setting sun.

In the Shadow Silanu hunts spirits of darkness and emotional spirits emerging from situations of darkness. When it can reach across the Gauntlet, it confuses and bewilders mortals, altering their perceptions and creating illusions to generate the responses it needs, to create the essence on which it feeds. Not all its predations require something vicious, however—Silanu is kind to sleepers, for deeply-felt dreams also provide sustenance, especially when the sleeper awakens to relief or sorrow upon realizing that the dream was merely a dream.

In the Fall of 2020, an exchange between John Murphy and Silanu lead to two merging, a synthesis of spirit and vampire.