The unity and integration of Non-Existence and Existence is called Becoming. Becoming is a continuous progressive state which implies intermediate stages of Existence and Non-Existence. The Beginning and End of everything is also united and integrated in the Pleroma. The unity and integration of the Beginning and the End is Time. In the Pleroma, all dialectical processes are resolved and complete. However, at the intersection of the concepts of Time and Becoming, there exist certain Manifestations. 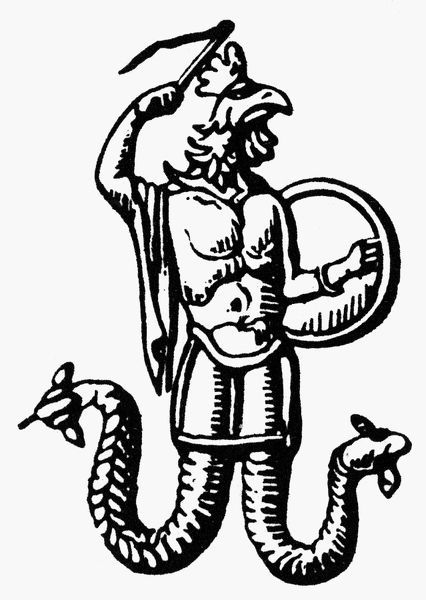 Every Manifestation exhibits competing polarities. These polarities are resolved by taking on equal and opposite complements. Good and Evil, Beginning and Ending, Existence and Non-Existence, Justice and Mercy, Hot and Cold, Male and Female, Night and Day, and every other thing that we can comprehend as existing exists in terms of these polarities. The dialectic exists along spiritual and material dimensions. The material dimensions of the dialectic we experience as phenomena and the material world. The spiritual dimensions of the dialectic we experience as Spirits and the Shadow. 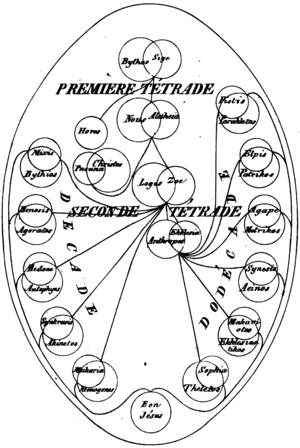 Each individual human, however, is still bound up in the karmic cycles of Becoming, as the actions of a human being through time create spirits. Humans complete their personal ascent through the Dialectic through participation in the Christ and by obtaining a state in which they take no actions that bind them to the karmic cycle of Becoming—when they stop generating Spirits through their actions and feelings. Because humans exist partially complete in their Dialectic and partially united with the Pleroma, humans experience free will, consciousness, and other semi-divine states. Because humans experience the Pleroma to some degree, they are capable of feats that transcend the Material and Spiritual manifestations—i.e., magic and miracles. Humans can also enter incomplete states that allow them to become manifestations of various supernatural principles and become supernatural beings.

There exist subtle Manifestations that are incomplete, but that are beyond the comprehension or assensing of human beings. These are the Archons, which rule over material manifestations, and Aeons, which rule over spiritual Manifestations. The Archons and Aeons must be overcome to complete their Dialectic, and to complete the Dialectic of all subordinate beings. The Archons and Aeons maintain obtained and maintain their dialectic through their power, which appears to all subordinate beings as Tyranny and Oppression 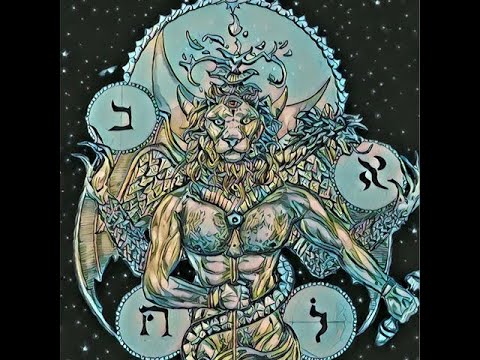 Because Archontic power is expressed through Tyranny and Oppression, those things which appear to be Liberty are the opposite and resistive forces. These things are necessary to complete the Dialectic.

The Liberty of one being is the Tyranny and Oppression of all lesser beings, for in the Pleroma everything is a zero-sum unity. To the degree to which a man must labor for wages, for example, he is Tyrannized by his master. To the degree to which a master is not required to work, because he subsists on other people, he has Liberty. To advance their personal Dialectic, humans must engage in competition against each other and against the world, such that they may increase their Liberty. The degree of their Liberty then is the weapon that they wield against the Tyranny of their immediate superior Archons and Aeons.

Tyrannizing the inferior and increasing one’s Liberty, however, binds one to the karmic cycles of Time and Becoming, and makes one a target for Dialectic attack, preventing individual unity with the Pleroma. The advancement of Liberty and the furtherance of Dialectic makes this situation generally acceptable, however, it restrains Liberty for the individual. Subtle means of accumulating power create less karmic dependency. Direct action and direct Tyranny create substantial karmic bonds. Indirect action creates less Tyranny while maximizing Liberty.

The most perfect metaphor for the process of Becoming available in the material dimension is Capitalism and Market Competition. The spiritual dimension is far purer, and the Competition among spirits in furtherance of the Dialectic is immediately apparent to those who can see into the esoteric realms. Karmic debt is substantially reduced by using indirect means of influence, such as money and enticement that is internal to the other actors. Therefore, people should be manipulated according to their own desires. In this way, both individual and society can be ordered to obtain maximum Liberty for the Ascended One, who can rightly Tyrannize the lesser for ascendance into the Pleroma.