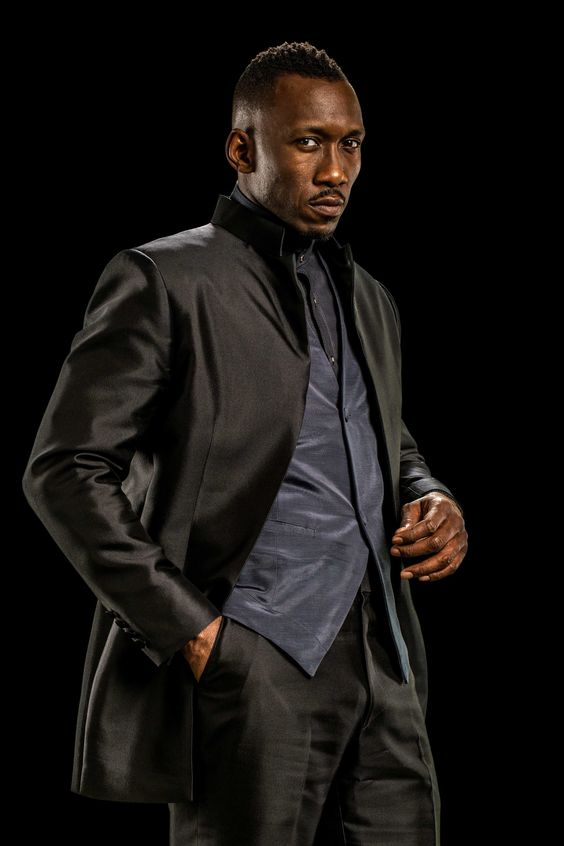 Hermes Lee is all taut and corded muscle with a tight, pinched expression, though in his exaggerated sleek fashions he often plays off in an understated way. His expertly groomed facial hair and high, tight fade are now eternally preserved by the Dark Gift. Rarely revealing much skin at all with stiff collars and long-sleeves, the mask of complex scented cologne covers the smell of dried blood (and sometimes gunpowder) just underneath most nights. He rarely raises his voice, with a purposeful cadence that forces one to lean in and listen, though he is prone to explosive anger as well. He’s quick to smile, which makes his small mouth open up into something that’s all teeth, fangs hidden behind pearly white. It’s often accompanied with a staccato, husky laugh that never sounds completely sincere. A particular affectation of his is his diamond ear studs in his pierced ears, very much against department regulation.

All that skin, dry and ashen, feels pulled back against bone and ridges, with an almost reptilian cast to it. His eyes catch the light in a predatory gleam, and you could swear the pupils have become slits. His lips are never completely closed, either in a half-open sneer, or with fangs bared in a terrible facsimile of a smile. 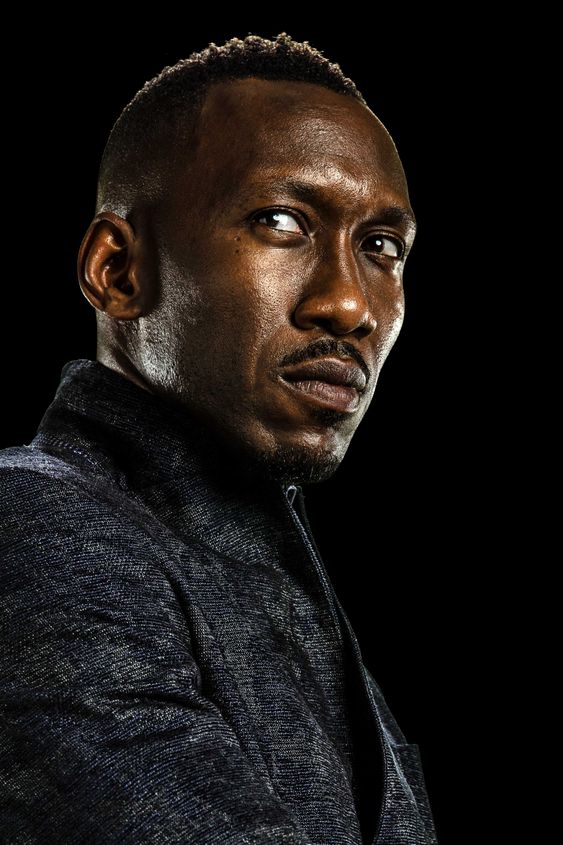 Hermes Lee Shelton is not a bad cop, he’s a bastard cop. Every excess of authority, corruption, and violence has seeped through him. To hear him speak of it, he’s just a product of his circumstances, something he says often with a grin. Quick to abuse and flaunt his authority to get what he wants, and seemingly untouchable by anything like accountability or, Heaven forbid, karma, he lived an oddly charmed (if occasionally quite painful) life unto his eventual death and Embrace. Now thrust upon the All Night Society, all the authority and patterns that had prepared him to be a blood-sucking parasite need to be relearned, and adjusted. He’s gone from a big fish in the pond to a much deeper, darker sea, and it hasn’t quite sunk in yet.

Hermes Lee was born part of something of a dynasty in the Miami-Dade police scene, a veritable “blue-blood” even before he turned to the Ven. His great-grandfather (and namesake) Lee Hutchinson helped make the Miami police union into a powerful political force, connecting with the local Democratic Party machine (countering the Cuban-influenced Republican Party) and organized crime through a mysterious “Chicago connection.” It ended up that connection was the Conspiracy of Silence, through the elder vampire Phillip Lombardo. Since then, Hutchinsons and their relatives have found themselves in many places of influence in the police department, as well as city politics. From an early age, Hermes Lee has been shaped into a catspaw, a proxy whom has had every circumstance molded to not only provide an easy path for promotion and privilege, but also temptation and graft that made him morally “pliable” and encouraged the budding darker impulses within him, to make him an asset willing to do whatever was necessary for the Castle. Between this influence, and that of his auntie Rhonda Hutchinson, who has sat secure in her position as police commissioner through two mayors, he has been able to literally get away with murder when needed, and always had someone to run to when things got out of hand.

Hermes Lee could have remained that way until his timely (or untimely) death, helping bury cases and run interference, but he was too curious for his own good about this “Chicago connection.” The details are unclear to people not intimately involved, but it appears he ended up still being a cop at heart, connecting dots on his own time. Instead of trying for revelation and unraveling the Conspiracy, however, it appears he tried to blackmail the monster that would induct him into the All Night Society. Perhaps his moxie was impressive on a certain level to Phil Lombardo, maybe he was too valuable an investment, or maybe it’s just sunk cost fallacy. In any case, Hermes Lee has finally received his “pension.”

The truth is, it’s sink or swim. Hermes Lee has no real institutional support like he had previously, and is expected to prove himself worthy of the blood for his impending manumission. Further, though he’s arranged to be put on leave until he can sort things out, it’s becoming increasingly clear that it will be difficult to maintain his position of power and influence in the department, at least directly. He will have to prove he can maintain himself as useful in that way, if he intends to continue enjoying the perks of his new condition. Three months later, it’s only really starting to dawn on the poor lick the situation he is in, and that can be quite the motivation. 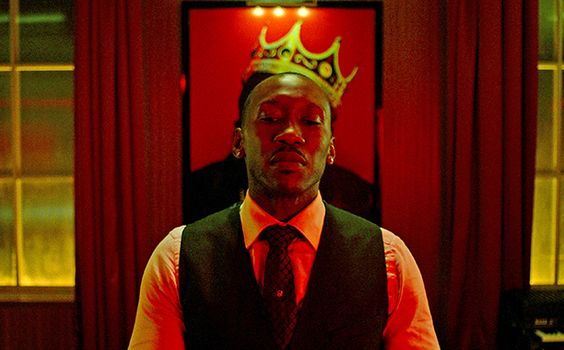 Everyone in the Miami Police Department knows Lt. Shelton by name and reputation. Everyone knows that he’s Teflon, and nothing sticks to him. Everyone knows that he’s crooked as they come. Everyone knows that he has the loyalty of his crew and the folks above. Even on the streets, the name has some purchase. He’s the one you go to when you need to grease the wheels, or put on a little squeeze. Whatever side of the law you are on, you probably have an opinion on and likely a experience with his brand of policing, whether a tireless crusader that wants to see him taken down a peg or a fellow traveler.

I Think I Smell a Rat

In the late 00’s, Hermes Lee was often undercover in his role as a vice detective, primarily in racketeering and prostitution. Despite his current reputation as deeply corrupt, he got a lot of people arrested and helped roll up a lot of criminal operations. He didn’t know it at the time, but he was working on behalf of the Invictus to minimize Carthian influence on the underworld, causing many of their assets to get burned. Maybe you, or someone you knew, got involved in any of this, or you too were on the scene and got acquainted to him under an alias.

Water No Get Enemy

Hermes Lee has a lot of learning to do and delusion to dispel before he really fits into the Danse Macabre, but there is a lesson that he learned in his time alive that still plays well: It pays to be useful. Wise to the fact his position is tenuous, Hermes Lee takes a delightfully mercenary approach to politics of the All Night Society, willing to do a little of this or that no matter your affiliation. He’s always hustling for a next gig or boon, having pocketed a couple to keep himself afloat over the past couple of months, enough to get him some baseline respect in Castle One. In particular, he’s willing to let others sup from his herd, and has a talent for leading victims along the way. He might make a talented Groom some day, though he’s got another title he’s work-shopping: Drover.

While he’s got a base cunning that might get him to survive his first year of undeath, the “shine” of immortality hasn’t worn off for Hermes Lee. He’s naive a bit to just how much danger he is in, and all too willing to exult in the condition in a way that sometimes gets perilously close to getting the attention of bigger fish than himself, or straining the Masquerade. These youthful indiscretions are common for all Kindred, but without the guidance of his sire or other mentor, he’s in a particularly vulnerable position. He’s not particularly loyal to blood or covenant, and might be a juicy target. This is an out-of-character license to manipulate, abuse, humble and otherwise take advantage of my character, he’s very intentionally built to start from the bottom and have to scrape himself up and lose some of his ego.

There’s a small prostitution ring with an modeling agency front that’s managed, according to the green ink on ivory stock business card, by a “Sir Greendown”, that caters for discretion more than anything else. In particular, it’s rumored that Greendown is a former cop, and has connections with the police, which provides a measure of protection to both the sex workers and their clientele both.

A level of mania has begun to take root in the fledgling about his situation that is likely familiar to anyone who spends time around those on cocaine. Hermes Lee has a lot of hustle and schemes cooking up and is desperate to start to build a new network and prepare for the shoe to drop. He’s not blind to how dangerous things are, not completely, but is shielded someone by a remarkably unearned confidence. He’s looking for suppliers and services that he can rely on. If you have a business or talent that could serve any use at all, he’s likely to ring you up and try and haggle a deal, and build out his rolodex, now that he can no longer rely on his old networks, before the shit really does hit the fan.

Return of the Mack

Between the exultation of his Dark Gift, and the freedom his current leave from the department has afforded him, Hermes Lee has started to partake in quite a few extracurriculars that he had left aside for a time. An avid boxer, he has begun to hit night-time gyms heavily, even if it doesn’t quite have the same effect now for his dead flesh. Hitting the clubs, street racing, anything that’s on the horizon that would test his new limits, of which he currently feels there might be none. He’s also an avid feeder, enjoying the passtime of Venery and indulging in the hunt far more than he needs. While Hermes Lee likes to shake it up, he has two old standbys: Grindr (with a profile of only torso shots, of course) and cruising in his unmarked police car to make a false arrest.

Once upon a time, a woman was picking up firewood. She came upon a poisonous snake frozen in the snow. She took the snake home and nursed it back to health. One day the snake bit her on the cheek. As she lay dying, she asked the snake, “Why have you done this to me?” And the snake answered, “Look, bitch, you knew I was a snake.”