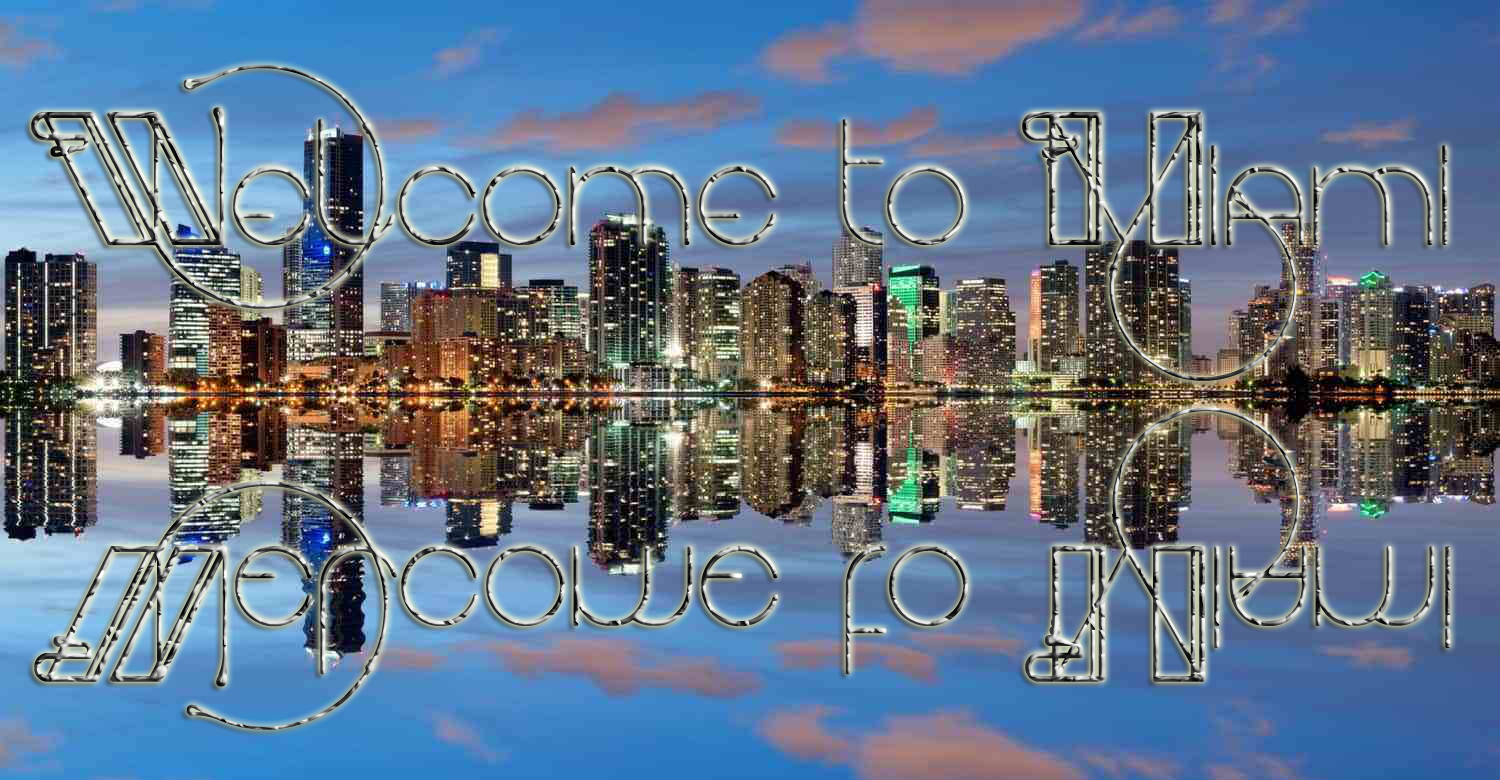 Please respect that some players do play from work. If you have artistic nudes(That do not clearly show genitals or bare breast) try to play them lower on the wiki and put a warning at the top that its NSFW. Never use pornographic photos, which also includes exposed genitals, backsides, or breasts.

Sexually-themed characters and storylines are acceptable; however, rape is never an acceptable story element. Yes, this is “world of darkness,” but there are other ways to victimize characters.

You cannot force another player, nor can another player force you, to participate in sexually-suggestive role-play or cybersex. Even if your character is a willing participant in that story development, if you are not comfortable playing it, you can utilize a “Fade to Black” to end the scene.

As a player, you understand that it is your responsibility to clearly inform your fellow player(s) if you are uncomfortable OOCly with a role-playing situation. (Nobody is telepathic—especially through an internet connection—and it is easy to misinterpret text.) This can include a scene wherein Player A is using a mind-controlling power on Player B, or simply coming on too strong and not taking the more subtle hints IC (or OOC). If you find yourself in such a situation IC, you may simply post that your character is exhausting his or her will to leave the scene. For mechanical purposes, your character will not lose any willpower, nor need to regain any willpower later. You must submit a request with either the scene log, or the information regarding the scene (day, time, room, and PCs present) to inform the STs/Narrators that you have temporarily exhausted your PC’s will.

Per 2nd Edition rules, your character has Aspirations they would like to complete. These are things which should be actively evolving as your character grows. Completing Aspirations earns you a Beat, so these are good things to keep on the forefront of your character’s activities. Additionally, assisting another character in their Aspiration completion can also earn you a Beat so it’s an opportunity to collaborate. You should have:

An Aspiration must be resolved through role play. That is, you cannot blue book an Aspiration being completed. You may want to keep this in mind when choosing Aspirations.

Aspirations should also be measurable. That is, they should be something you do and it should be clear when they are done. Remember, these are things you want to complete for Beats.

This rule helps define how to handle scenes that run too long to complete in one session or are interrupted by dastardly real life. This is primarily a means of resolving how to handle Storyteller or Player Run Plot scenes.

Because bubbled scenes are the result of unforeseen interruptions, sometimes a bubbled scene may not make the most sense especially as it pertains to role play that may have occurred leading up to a big event. Your flexibility to ensure that everyone has the same resolution is appreciated!

When a scene is forced to stop before its resolution, and the players and storyteller involved are committed to completing the scene, it becomes “Bubbled”

Wanton Wicked does not use the RAW 5/4/3 Attribute dots and 11/7/4 Skill dots for Character Creation. Instead we use a point pool buying system:

Note: The following is a general policy that should accommodate most 1-off situations, and shouldn’t effect the majority of players. That said, Storytellers and Admins may make exceptions to this policy, both in favor of a player or to protect a venue or the site from excessive behavior. See warning below.

All character slots receive 1 free swap every 3 months (4 swaps per year per characters slot). Otherwise, if you choose to desanction a character in order to roll a new one (in the same or a different venue), there will be a minimum 1 week waiting period between the previous character’s desanction and the new character’s sanction.

Warning
Repeatedly stopping and starting characters, even with the required wait time, may result in additional actions being taken which may include, but are not limited to, an extended waiting time (1 month), or temporary bans from the site so that you have time to get a strong character concept.

Depending on a character’s sanction and activity, they will have one of the following statuses:

The is no rape allowed in storylines or any on screen. Even if the players agree to it OOCly we do not allow that kind of thing on Wanton. We also ask that you not be detailed if something bad happened to the characters in their background history or bluebooks. We do know and understand this is the world of darkness, however, we don’t wish to force staff to read in details traumas which might effect them.

Under no circumstances is a child to be hurt or killed, on screen or off screen. This means that hurt/traumatized children are not a good plot device to trigger action in storylines. Certain venues have strong themes based in fairy tales where children specifically are targeted by creepies. So long as the children are not “on screen” and are not actual in mortal danger of being hurt or killed, it’s alright to continue to use these themes. Characters are fully allowed to have families and even children -off screen-. Those children should only be considered background fluff and are not NPCs. Blue books and stories which take place “off screen” may refer to those children, but the action or plot may not take place with the children present. Characters do not get pregnant. They may want to or plan to, they may talk about it or they may have previously been pregnant to whatever result. But pregnancy does not occur. For further clarification, pregnancy which does not result in a birth is additionally not allowed.

What is Conflict of Interest?

Benefiting includes but is not limited to

Q: I only have one character, so it’s pretty much impossible for me to have COI, right?

Q: What if Conflict of Interest does occur? What will happen?

At the very least, the scenario in which the COI occurred will be retconned. Excessive or repeated COI may also result in one of the following (or a more appropriate response decided at the time):

These four tenets of the Crossover Policy should address most questions about Wanton Wicked’s stance on Crossover during 5.0. This policy also takes into consideration the site’s Code of Conduct: be a respectful and responsible member of our community, and IC actions elicit IC consequences. Further, this policy cannot be used to exclude certain individual players while allowing others with regard to venue-only scenes, plots, and storylines.

To desanction a character from play, submit a Type: Sanction request with the subject line: Desanction: [Character Name]. See Character Swapping above for additional guidelines when desanctioning to play a new character.

Once you have requested to desanction your character, you should no longer play that character. You must also remove yourself from relevant usergroups on the forums (venue forums, splat forums, character team forums (i.e., motley or coven).

Staff members are expected to have concluded any storylines they were directly involved in running prior to leaving the staff position. In cases where this did not or could not occur, a temporary venue ban will be issued if the storyline(s) are considered active. This prevents staff members from interacting with their own plot elements as a layer.

Player Characters in Positions of Power

Allowing your character to accept a Position of Power includes with it a certain amount of Out of Character responsibility. There is an expectation of availability and activity from both the Staff and other players who will need to interact with your character.

The position may require completion of routine activities which you are agreeing to complete. You will be notified of these activities OOCly and/or ICly before accepting the position.

Everyone has events beyond their control from studying for finals, working overtime to major events or emergencies. WantonWicked is not a job, and there is the expectation that for all of our players real life comes first. If your character holds a position of power and you learn you will be absent or minimally available for a period of time, if at all possible we ask that you make an announcement as soon as you are able in the Out of Character forum. IC Excuses will be made.

That said, if you disappear from the game for more than one month with no notification to the site or staff (be it for real life events or just a general disinterest in role playing) and your character’s absence is a detriment to the game, they will be replaced with an NPC proxy for an interim of up to 2 months. If you are unwilling or unable to return to your character within 2 months, the position will be made available for another PC to step up.

Player Run Plots (PRP) are storylines developed by and run by players for other players. PRPs are a part of the canon of the game, and can be used by participants to justify experience expenditures, obtain items or powers, or to facilitate a shift in a character’s story.

A PRP-ST can submit and run a story for:

In brief, you may not resurrect characters you have, or anyone else has, played on the current iteration of WantonWicked, or that you or anyone else currently play other sites. This means, you cannot play a character who shares the same history as a previous character up to and including what activities they may have participated in during the course of this (or another site’s) game.

Rolled Too Many Dice (Over-Roll Rule)

Example
Changeling rolled his Strength+Brawl dice pool (10 dice), but forgot that he is currently affected by a −2 modifier. He should have rolled 8 dice.

Since he over rolled by 2, he needs to remove 2 dice results from his results. Remember, because the final dice result 6 was rolled because of the 10, the 10 and the 6 are counted as 1 result:

Mortal+ and certain Half-Template characters are capable of undergoing a transformation into supernatural characters at Storymaster discretion.

In general, most template-specific merits, powers, and abilities are lost when changing from one template to another. Any dots lost are subject to the Sanctity of Merits (even if they’re not merits). The following are exceptions to this rule:

Being a former Wolf-Blooded, who is now part of a different faction, is allowed, but requires 3 merit dots be spent for the sake of the Tell that was kept; as above, they can only have one. This does not need to be done for characters that change after character creation, subject to the above rules. This also must be discussed with the Storymasters to make sure the concept fits the game.

Thought posts are generally considered to be in poor form OOCly, though there are exceptions; sometimes they form exposition for the ST in an ST-run scene. Sometimes players like to add addenda to explain motivation for their actions. Sometimes - and the reason thought posts have a bad name - they are used to attack other characters without giving an avenue of retort.

Exception if you’re playing with a favored friend and their character thought-post attacks yours, and you are enjoying the multiple layers of the scenes, you are free to play unaware. But the default assumption for Wanton Wicked Role play is that what is posted is available to react to ICly.